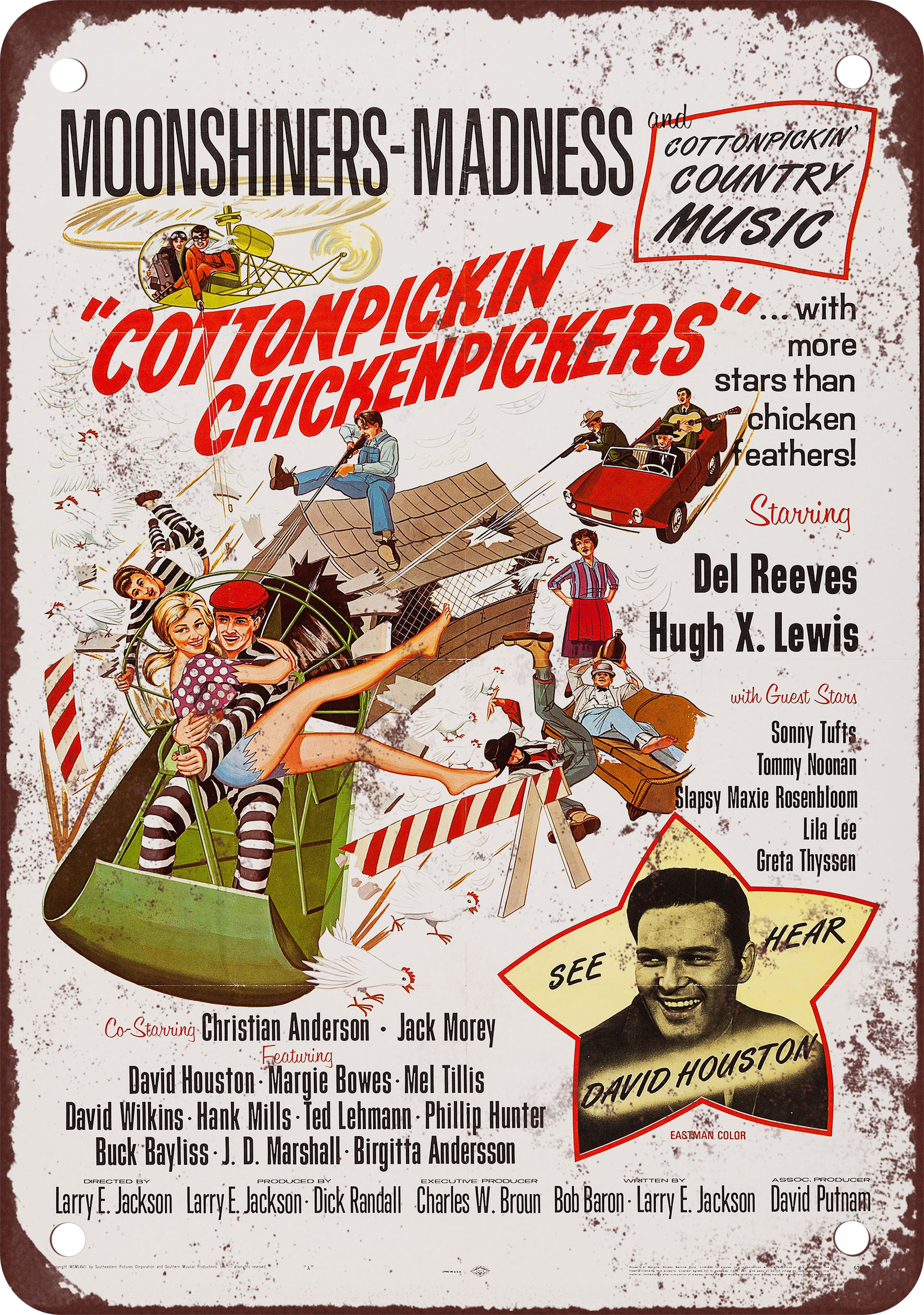 So, Darby (Dell Reeves and Jerry (Hugh X. Lewis) are sneaking aboard a train to California. You know this isn't going to be a normal movie when a guy sits up in the train car and plays the duo a tune on his guitar. Yup, it's a musical. They pass a chicken farm and get caught trying to grab a chicken to eat. Pretty soon they are off to jail and the judge sentences them to sixty days hard labor. They escape and head into the Swamp Of No Return so the cops call out the helicopter pilot, none other than Mel Tillis who sings a song for us while he flies and does not stutter once in this movie.
It's a combination of moonshine movie, country western musical and hillbilly comedy all rolled in to one. In other words; a pretty good time.
One thing stuck out for me though. Cousin Elwood (Robert V. Barron) looked a lot like Mike Vraney of Something Weird Video to me. Let me show you. 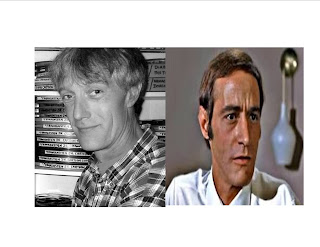 Maybe it's just me, but they looked enough alike to me. Of course I've never seen Vraney with a beard. Barron is most famous with a beard and his portrayal of Abraham Lincoln in Bill and Ted's Excellent Adventure.
It's a fun flick if you like this kind of thing. I had a great time and Mel Tillis had the best line when he said that an alligator ate one of his brothers. Someone asked, which one? And he said; Beats me I can't tell one alligator from another. Just hilarious.