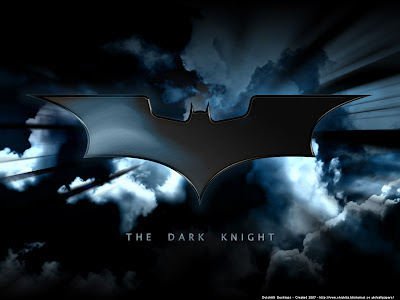 Okay, first sentence and I want to get this out of the way. There will be spoilers throughout this review. I'm not here to stroke the Warner Brother's money machine and entice you to go watch this film. If anything, I might try to dissuade you from going. Yeah, I know, I'm already not very popular. This review should make it worse.
I want to go on the record with a few positive notes. Heath Ledger's performance as The Joker was very good. Of course, I also think that Cesar Romero's performance as the manic madman was very good. It's apples and oranges. Here's an unpopular thought though; Would people be praising this performance this much if he was still with us? It's a harsh question, but one I think needs answering. I don't think people would be all over this movie like this if Ledger was still alive.
I liked the Batman Begins flick. Very good origin and re imagining of the character. The sequel is an insult to true fans of Batman. When Joker attacks Batman with dogs and Batman kills one of the dogs I was done with the movie as a whole. So, he holds all life sacred, unless it's a dog?!? My Batman would have disabled the dog with no permanent damage. My Batman knows that it's not the dog's fault. Its the person who trained the dog.
The whole movie is long, gray and depressing. Add to this the whole Two Face thing and it doesn't really resolve anything. Batman taking the hit for Harvey Dent and making it look like Harvey is normal is crazy. Anyone looking and talking to Harvey would realize that the man has slipped into the depths of madness. Of course, the bonus for me was the scene with the reveal of Two Face. Seeing the side of Eckhart's normal face with that edge of burnt flesh made my stomach roil. I do not do well with burn effects having seen them in real life. And just that edge with what looked like a face disappearing was much worse in my imagination than the horrific vision they gave us. I don't do well with this sort of thing so I had to go out of the theater and wait for the waves of nausea to leave me. Good effects? No, what I thought I was going to see was much worse than what I was given. For the rest of the movie if I knew that Two Face was going to be on the screen I just didn't look at him. Didn't want to have to leave the theater again.
So, let's sum up the whole thing shall we? The movie is too dark. It's supposed to be a superhero movie and superheroes are supposed to be better than us and give us someone to look up to. Killing Rachel was pointless. Harvey would have become Two Face even if she had lived. I don't think she could have pulled him from that downward spiral. Batman doesn't kill dogs. He's been bitten many times and can disable a dog with no permanent damage. Read a comic book once in a while if you're going to make a movie about a comic book character. The solution of making Batman a bad guy is retarded at best. Didn't they try all this darkness and gloom with the new Superman movie? Yeah, that went over real well. Unfortunately, I will be the sole voice of reason screaming to a public that have been spoon fed the movie for over a year before it's release and are praising a performance for no other reason than the actor is dead.
Like I said, I plan on being very unpopular from here on out and that's fine. I know what I like and do not like and don't have that dictated by public opinion. I don't need to see this movie again, I don't need to see it when it comes out on DVD. I am sad that there isn't a Batman movie for my children to see this summer. They were looking forward to it. I'll just have to make sure to get Iron Man when it hits DVD. That was the true superhero movie of the summer. The Dark Knight is just self indulgent crap.
That's all I got.
Posted by Douglas A. Waltz at 7:58 AM 1 comment: 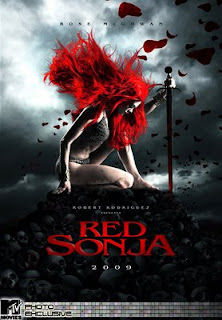 TWO MORE FROM THE CHILLING PACK 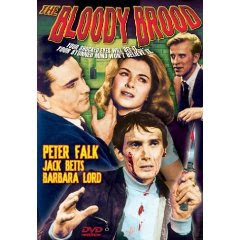 Thought I would put up two of these since I have managed to plow through a few more. I might do one more capsule one like I did previously of stuff I have already watched, but I'm not sure.
First up we have a little black and white number where the most interesting part is that Peter Falk is in it and HE"S the bad guy! Yeah, didn't see that one coming did ya?
Anyway, he plays Nico, this cool cat that hangs out at the local speakeasy. He also runs drugs for the mob, but Nico has a problem. He's been with all these beatnik types for so long that their bohemian way of looking at life is making him into something different. It all comes together when an old man dies in front of the group at the hang out. It puts them on a death trip and it isn't long before they whack some kid delivering telegrams when he shows up at one of their parties.
They feed him a hamburger of ground glass and he's down for the count.
What Nico and the gang didn't count on was the kid's older brother who is going to find out who took out his sibling. Plus, Nico's world is coming down around his ears and it won't take much to make the whole party collapse like a house of cards.
This is a pretty good little flick and Peter Falk is awesome as he chews up the scenery in this no budget flick. This one had a bare bones story and some incredible acting. I thought it was a little odd that they could drink at the hang out. I always thought that they hung out in coffeeshops? Oh well, it still stood up better than some of the other flicks in this batch.
Like the next one for instance; 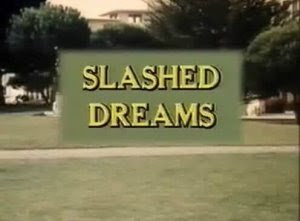 My print says it's called Slashed Dreams. I have the picture of the title card here so you can see how awful it was done. The original title was called Sunburst and that doesn't make much sense either. It's got a lot of hippie kids spouting off hippie crap and there is some stalking of one couple by rapists out i9n the woods. You can tell that they were trying to make a flick with a message and it just fails on an epic level. So, why did they call it Slashed Dreams? Because Robert Englund was in it as another hippie living in the woods spouting off more of that hippie crap. This one was a waste of time. Some of the shots are still well done, but the acting and basic storyline ruin those. If you get this set you might do well to skip this one. Or watch it really high. That might help. Yeah, but it probably won't.
Posted by Douglas A. Waltz at 9:14 AM 2 comments: