Day late on the release, sorry fans, but this is a pretty good set. The entire first season of a show that a lot of people are punking on, but I think it's well done. For what it is. Summer Glau is phenomenal in the role of the Terminator and Lena Headley is no slouch either. She gets to display more of that ass kickery that we have come to expect from her from roles like Queen Gorgo in 300.
Don't believe the hype, this is a fun watch and lots of extras to keep you busy as well. And don't forget to go to the link on the previous post for some Terminator ala Facebook fun.
Posted by Douglas A. Waltz at 1:40 PM No comments:

Yeah, you could give the show some grief, but when you get Queen Gorgo as Sarah and Summer Glau as the Terminator, then you've got some steamy television working. To whet your appetite I give you a terrific image and a contest as well.
First, this: 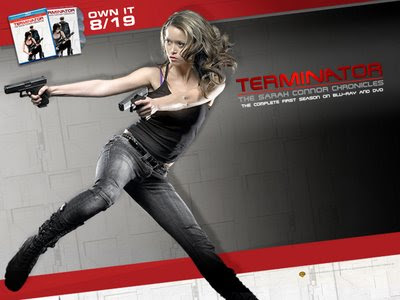 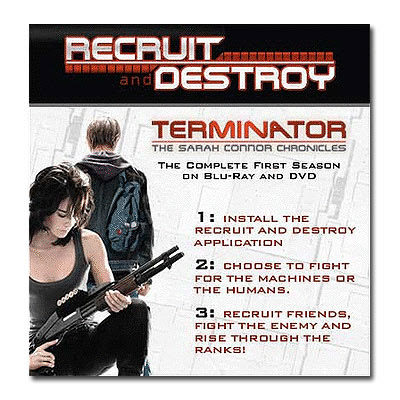 the contest for this is here.

I'll be back later to review the first season box set.

Behave True Believers!
Posted by Douglas A. Waltz at 11:39 AM No comments: 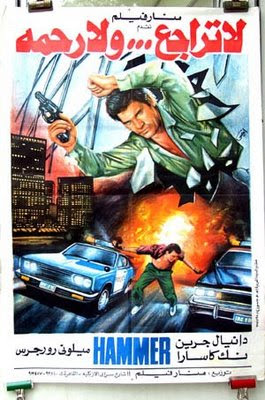 The exclamation points are mine. As I mentioned in a previous post, this is one of three films in Paul Cooke and David Zuzelo's book Tough To Kill Vol. 1. Go to the previous post and check it out and order the damned thing already. Sheesh! I gotta do all the thinking around here.
Anyway, this flick is fantastic! It starts off with a bang with our hero, Hammer (played by Daniel Green) meeting up with an old war buddy. They were in a unit called The Storm Riders and now someone is eliminating them one by one. It's up to Hammer to avenge his old friend and see if he can save the rest of his squad in the process.
This thing is so full of action movie staples that it might be physically impossible to fit it all in, but director Enzo G. Castellari manages to pull it off quite nicely.
We get a car chase to start things off that turns into a motorcycle vs. car chase that ends with two men on a train platform trying to shoot each other and managing to nail a large number of innocent passerbys instead.
Of course Hammer is taken off the case by his boss which leaves him the freedom to go to Jamaica to avenge his friend. While he's there he finds his old buddy, Carlos, who is driving a souped up cab. They tear across the island looking for clues to who could have killed their friend.
Take this pretty basic premise and sprinkle it with lots of chases whether they be cars or jet skis. Add a liberally amount of fight scenes and shake with some of the tamest love scenes on the planet and you have the wonderful hodge podge that is HAMMERHEAD!
Director Castellari knew what he was doing with this one. He keeps throwing so much action and violence that you don't have time to complain about some of the worst acting you will ever come across. But that's what makes the movie that kind of great, mindless action picture. It's not about the leading man's acting chops. It about him chopping someone across the throat and getting his face sliced by a table saw in the process.
speaking of the table saw, the guy who gets whacked by it was one of the better effects I have seen in any movie. If nothing else, the movie is inventive in it's fights and kill scenes.
And when it comes to an end it's just over. We don't need a bunch of that arty farty exposition. We know that the hero will win and get the girl and all will be well in the world of HAMMERHEAD!
My thanks to David Zuzelo for giving me the opportunity to see this flick. You people really need o order the book. The one unfortunate side effect of reading it is that it will compel you to watch as many of these things as you can get your hands on. But, hey! That's not a bad thing.
Posted by Douglas A. Waltz at 4:46 AM 1 comment: 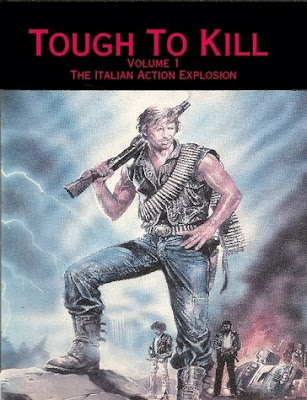 Remember this tome, boys and girls? After reading it twice I thought I would watch the ones that got the highest rating of five exploding huts. I still love that rating system. There were three of them. Two, easy to find, the third, not so much. Anyway, I completely forgot this as I continued to watch too many damned movies and life went about it's merry way. Yesterday I got a little present in the mail. Author David Zuzelo sent me a copy of HAMMERHEAD. This was the hard one to find. I'm watching it today and I will be giving my thoughts of a film worth five exploding huts. Maybe I'll get Dan The Man to watch it with me.
In the meantime, go here to buy the book and start watching these flicks. They are so much better than the Hollywood pablum out there today.
Posted by Douglas A. Waltz at 6:23 AM 3 comments:

THE MUMMY: TOMB OF THE DRAGON EMPEROR 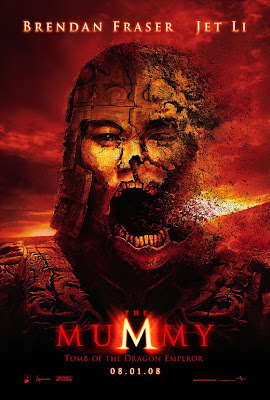 Man, that's a long title, but it works. In fact all of the movie works. Third in the series of Brendan Fraser flicks dealing with dusty dudes who come back for world domination, this one finds our erstwhile hero and his lovely bride in the grips of something new. An Eastern mummy. Namely The Dragon Emperor and that is Jet Li.
How can anyone not like a flick with Jet Li as the bad guy and the delectable Michelle Yeoh as an immortal sorceress sworn to stop him from returning to life.
This time around we get more of the same wild action, lots of shoot outs, some kick ass cool Yetis, and did I mention Isabella Leong? As Michelle Yeoh's immortal daughter she is absolutely gorgeous and needs to be in more mainstream flicks. The girl has movie star written all over her.
Now, I hear some detractors for this flick and all I have to say is, why did you grow up? Can you not remember the days of yesteryear with wild and woolly action flicks? Indiana Jones and that lot tearing up the cinema? This is embracing that genre completely and remembering where our characters came from.
Sure I would have loved to have Rachel Weisz reprise her role again, but she didn't. Instead we get the stunning Maria Bello and her introduction as Evelyn is hilarious. It reminded me of the second George of The Jungle flick at the very beginning where the Narrator is talking and George, who is not Brendan Fraser, comes into view. The Narrator says; "Who the heck are you?" and the new George, played by Christopher Showerman, says; "Me new George. Studio too cheap to pay Brendan Fraser." This is excellent and it makes you realize that they are having fun with the audience which is always a plus. The new Mummy does the same thing with Evelyn's character and the entire audience chuckled.
My wife and I took our youngest to see the flick and I have to say that it is made for him. He's eight and he loved the thing. Now we can get that box set of all three flicks. Hopefully they make cool yeti toys for this movie. I think I need one.
Anyway, don't listen to the dried up, stick in the muds who boo what is probably one of the more fun things on movie screens this summer. Go see it and remember why you liked the first too so much.
Posted by Douglas A. Waltz at 4:36 AM 1 comment: 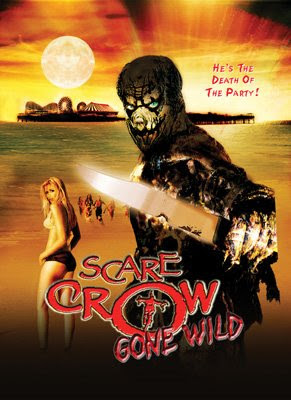 Did I watch it for the unanswered questions from SCARECROW and SCARECROW SLAYER? No, I haven't seen either of those movies. Did I watch it because a large majority of it takes place on a beach full of bikini clad babes and Olivia Munn from Attack Of The Show is in it? You bet your ass I did. Was Ms. Munn in a bikini or slaughtered by the titular character. Nope, not a chance.
with that baggage out of the way, how was the flick? Not bad. We do get some boobies of both the petite and humongous variety. Lots of action and blood flowing freely. The plot device of a kid in a coma powering the vengeful scarecrow seemed a little thing, but that might hinge on the first two flicks which I have not see...yet. Sure, I'll watch them. I love a good old fashioned horror flick that just does what it's supposed to do and not try to get all pretentious and crap. This one gives you the obligatory jump scares. Some inventive kills. Some slightly interesting dialogue. Lots of gore and very pleasant to look at females.
As for Ms. Munn? She plays a giggling school girl down to a tee and she probably would hate for a clip of this to appear on YouTube. Now I have to figure out how to do that. Sheesh!
In the end, it's a fun little diversion and that's all that really matters. Right? Right!
Posted by Douglas A. Waltz at 5:04 PM No comments: