March 20, 2012, New York, NY - Greetings from Tromaville! Fabien Martorell's 2009 documentary Tromatized: Meet Lloyd Kaufman, a portrait of Lloyd Kaufman, President of Troma and creator of The Toxic Avenger, will have its online premiere this week at Prescreen.com.

Established in 1974 by Yale friends Lloyd Kaufman and Michael Herz, Troma Entertainment is one of the longest-running independent movie studios in United States history, and one of the best-known names in the industry. World famous for movie classics like Kaufman's The Toxic Avenger, Poultrygeist: Night of the Chicken Dead, Class of Nuke'em High, Mother's Day and Tromeo and Juliet, Troma's seminal films are now being remade as big budget mainstream productions by the likes of Brett Ratner, Richard Saperstein, Akiva Goldsman, and Steven Pink. Among today's stars whose early work can be found in Troma's 800+ film library are Trey Parker, Matt Stone, Jenna Fischer, Robert De Niro, Dustin Hoffman, Kevin Costner, Fergie, Vincent D'Onofrio and Samuel L. Jackson. Visit Troma at www.troma.com, www.lloydkaufman.com, www.twitter.com/lloydkaufman, and www.tromapast.tumblr.com.
Posted by Douglas A. Waltz at 1:52 PM No comments:

You know what you're here for. Enjoy and be careful out there, folks. 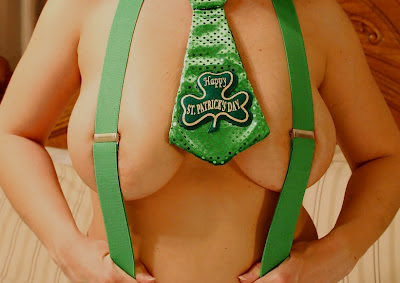 I have watched trailers for this thing for years and finally decided to watch it. At first it just seems so formulaic, but I kept watching. Phoebe Dollar can keep your attention even if she is a little odd looking. Ron Jeremy's cameo was pretty funny, even for Ron, but I just knew where it was going.

Or so I thought.

This flick has the weirdest turn around ending I have seen in a long time.

I initially wanted to discuss it, but even an 11 year old flick deserves a spoiler free mention.

We can discuss it in the comments if you want.
Posted by Douglas A. Waltz at 8:25 AM No comments: