Nope, not the name of a movie. Just something that happened to me. I had yesterday off and then felt horrible all night long. I ended up taking a sick day today. In the process I have watched some movies. Here they are. 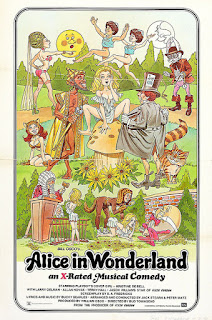 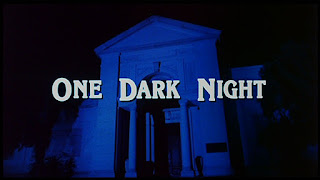 I can remember when Fangoria covered this flick and I went to the theater to see it. That may well be the last time I saw the movie so, I decided to revisit it. It has Elizabeth Daily who most people would remember at Dottie from Pee Wee's Big Adventure, Meg Tilly and Adam West. I probably went to see it because of Meg Tilly who I had a thing for back in the 80's. I saw some God Awful movies because of her.
Anyway, there is this dude named Ramar who can drain the bio electric energy from people when they are frightened. He overdid and now he's dead.
Well, sort of.
Most of the flick takes place in a mausoleum and any flick with tracking shots of a mausoleum is going to be compared to Phantasm. The flick has a slow burn until it's conclusion and even that kind of moves at a snail's pace.
Tom Burman's dead people effects are suitably gross and work well.
I remember when I went to this my brother David came with us and at the end the black girl, who always had a yellow toothbrush in her mouth is shown covered in dead people with her hand outstretched towards her yellow toothbrush. David said, "oooo, symbolism!" which made everyone in the theater laugh and then scream because there is one last scare right after that. It was perfect.
I am amazed at how much of this I remember from 30 years ago.  I am so damned old sometimes it hurts. 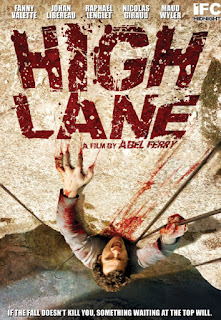 Newer flick that takes place in Croatia. Has lots of people climbing mountains and getting slaughtered by a wild Croatian dude who screams a lot. I'm afraid of heights so it plays well into that fear, but the rest of the flick was pretty by the numbers. There are a couple of weird moments and the ending was stupid. The redheaded girl is really cute, but they kill her so, bleh!