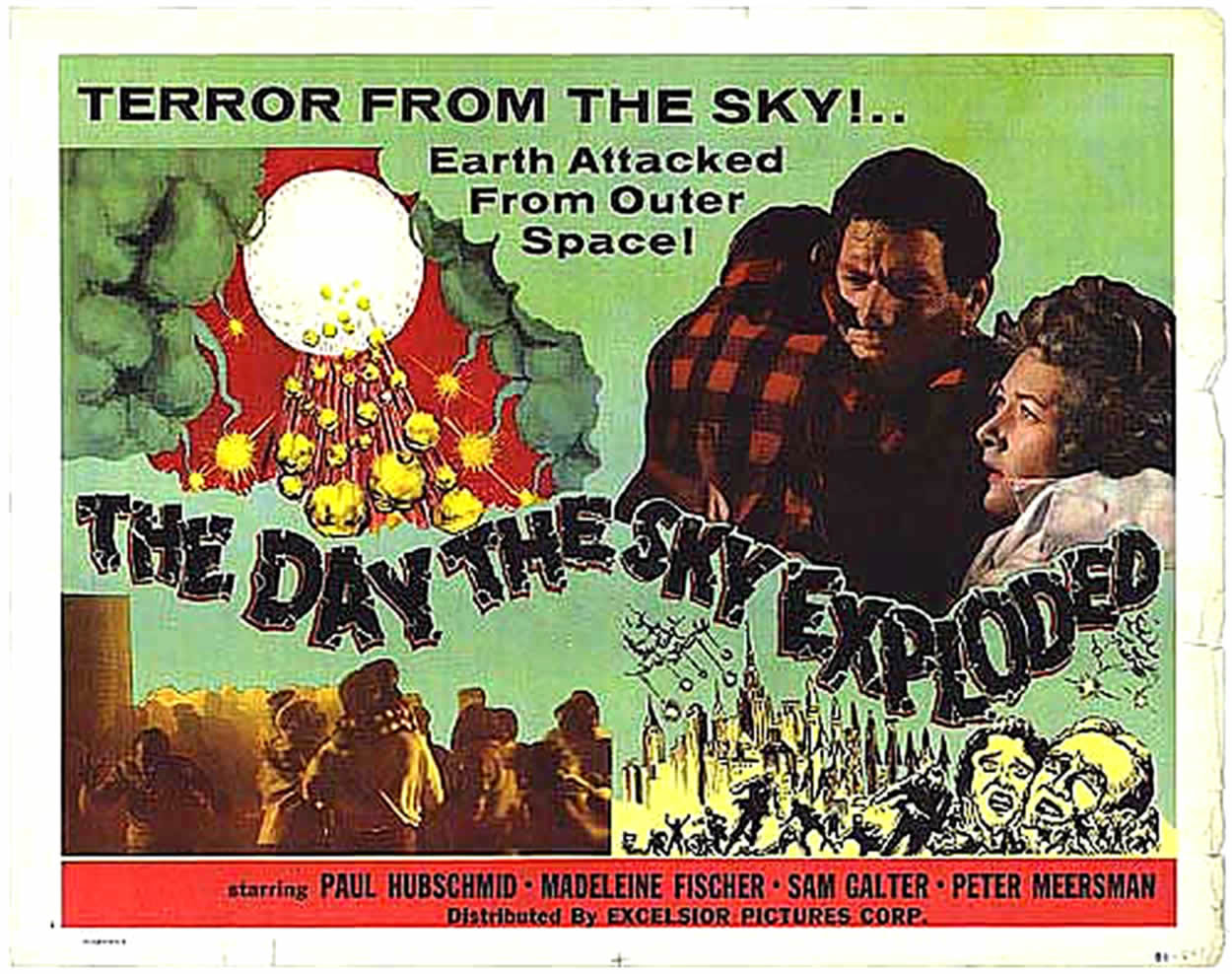 So, this basically deals with a manned space flight to the moon. Unfortunately, the rocket experiences some difficulties and the pilot is forced to eject the manned capsule. He believes that the atomic engines were turned off by ground control. They thought he did it, but with the malfunction he was unable to make that happen. So, in effect, we sent a nuclear bomb hurtling into the void.
It makes contact with an asteroid belt and sends huge meteors right towards us dooming mankind for all time.
This was a pretty slow B&W sci fi pic. There is a ton of stock footage and when they do a animal stampedes it reminded me of that line in ED WOOD about the explosions upsetting all the buffalo. I thought the solution to the problem was both genius and a nod to anti war propaganda at the same time. If all the nuclear countries fired their missiles up into space at the same time they could take out all the meteors and save the day.
In the end it was a little long, a little dull and they spelled Mario Bava's name wrong. Mario Baja? Sounds like an Italian dune buggy.
Posted by Douglas A. Waltz at 5:43 PM No comments: 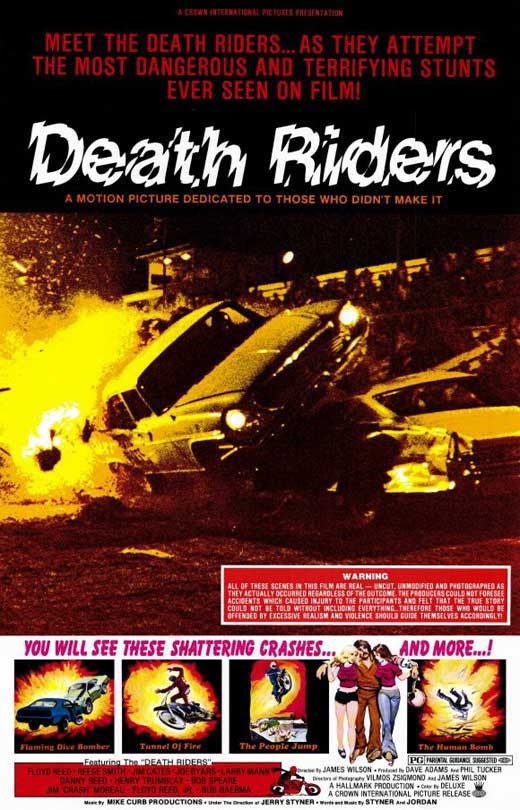 For the Cult Cinema Drive in 200 Movie Box set I am currently working through I just pick a disc at random and go from there. Sure, it comes with a little booklet that gives a brief synopsis, but what would be the fun in that. I saw the title, DEATH RIDERS, and thought it would be pretty cool.
I was right, but not in the way I thought.
DEATH RIDERS is a documentary that chronicles the 1974 tour of The Death Riders Thrillseeking Motorcycle Show. You have a group of youngsters  no more than 20 going across the country from state to state doing what they do best.
Crazy ass stunts.
What makes a motorcycle jump or car crash even better?
Setting things on fire, that's what.
I would have been twelve when they came through Van Buren County. Yes, they show the fairgrounds sign in the movie. I probably saw something like this if not that show.
Very cool.
I did think it was funny that they manages to capture the true exploitative feel of the times with some nudity. How, you may ask? They did a show at a nudist colony. Sure, some of these people needed to put their clothes back on, but it was all in good fun.
Now, with stunts involving fire and motorcycles and cars you expect something tragic to occur.
Never happens.
The movie does open with a list of former members who lost their lives and in what stunt it was. That kind of makes you a little nervous when one of the new members does the stunt.
But, with all of this there is the one stunt that I can't believe they do at every show and there are a ton of volunteers for.
They do a motorcycle jump from a two foot ramp over people from the audience!
Sure, I know what you're thinking. That wouldn't be that bad. You can jump a few people pretty safely, right? But what if the ramp broke and you plowed right through those people on your bike? Plus, a few people would have been a comfort. The end of the film had one of the guys jump forty-five people.
Yeah, you read that right.
Forty-Five People.
Yeesh!
In the end you get a documentary that feels so honest and pure. It is a perfect time capsule of 1974 through the eyes of master camerman Vilmos Zsigmond. Yeah, you read that right, too. The guy that gave us things like Sugarland Express and Close Encounters of the Third Kind spent a summer following a group of kids doing crazy stuff and got some great shots of it all.
This is a sweet film of a time that is lost forever and it shows how much fun people were having being crazy way before something over polished like Nitro Circus ever even thought of it.
This is my favorite film in the box set so far.
Posted by Douglas A. Waltz at 12:28 PM No comments:

So, been kind of busy. Yeah, I have sort of watched three more movies in the Drive in box set, let's do that first.

I realize the cultural significance of Mae West. I also realize that this was done at the very tail end of her career. when Timothy Dalton walks up to her and breaks into song I realized that I was in for a unique viewing experience. When Dom Deluise did a song AND dance number that confirmed it. This is one of those movies that must be experienced once. I would be surprised if you ever needed to return to it.

This is fifteen minutes of drama wrapped around a huge amount of funny car drag racing. I'm from Kalamazoo. We don;t do funny cars here. We like stock car racing and demolition derby. Nothing here for me and it was terrible. 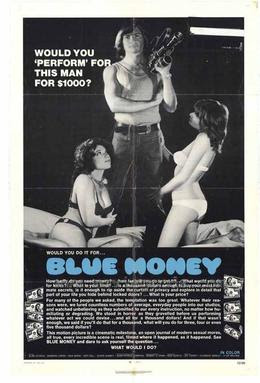 So, getting through the box set is taking a bit longer than expected, but I will watch all of them, I just can't make them the only thing I watch. Thanks for reading these and more will follow.

Divine Exploitation is going back to print! With friends of mine returning to print and the convenience of Create Space I see no reason why I can't do the same. I'm looking at a 50 to 60 page quarterly to start and bumping that up depending on submissions.

So, you want to submit to Divine Exploitation? And who doesn't, right? Just contact me here or, if you're one of my Facebook buddies you can get me there. Also dwaltzwriter@yahoo.com is good.
What am I looking for?

Art
Reviews
Exploration of Exploitation films
Fiction (I have one rule about fiction. Short and sweet. Make it weird.

All of these submissions have one steadfast rule. Do your homework. Check for spelling, make sure you know what you're talking about. It will always be black and white so no color art. Got it? Good.

And now, I leave you with Ron Merchant art. Be amazed!

Posted by Douglas A. Waltz at 8:19 AM No comments: