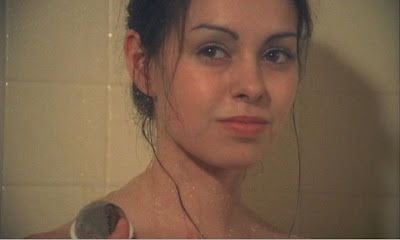 It's not like you're really gone because you left us so many movies to enjoy, but the world is a little grayer with your passing.
Posted by Douglas A. Waltz at 7:41 AM 1 comment:

A new short flick in the horror comedy genre is about to hit and I thought I would give my faithful readers a taste. 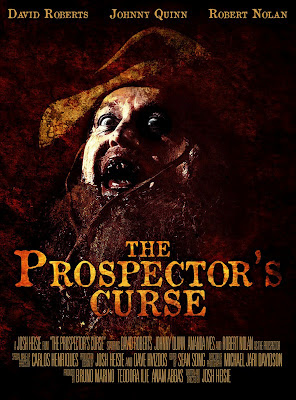 Review to follow in the near future.
Posted by Douglas A. Waltz at 8:04 AM No comments: 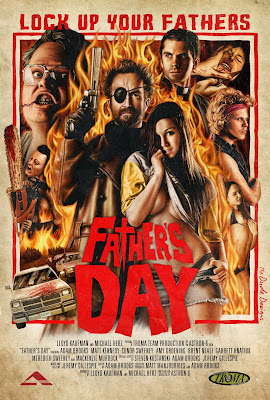 I had heard of Father’s Day in passing, not a lot of details, but I knew that Troma was behind the release so, I was sold. They asked if anyone wanted to review the film so, I threw my hat in the ring.
A few days later a package arrived. The front was emblazoned with the Troma seal of approval and the back had an epic poster for the film.
I still had no idea what it was about.
The DVD I popped in the player gave me no warning to the bizarreness that was waiting for me. It seems there is this guy named Chris Fuchman (Mackenzie Murdock)who likes to kill and rape dads. The scenes of cannibalism are extremely gruesome. The church sends young Father John Sullivan (Matthew Kennedy) to find Ahab (Adam Brooks), he fought the beast before and it has returned. Ahab’s sister, Chelsea (Amy Groening) is also on the trail of the beast. When she’s not working as a stripper. Throw in a gay, prostitute named Twink (Conor Sweeney) and they all have a vendetta against this monster.
FATHER’S DAY doesn’t take itself too seriously, but it comes across as a pitch perfect grindhouse flick. Between the ultra gore and enough male and female nudity to fill a porn flick, FATHER”S DAY doesn’t pull a lot of punches. There is a scene with a needle, a razor and a penis that will make you squirm if you can bear to watch it all.
I really like the way that the film exists on the late show complete with commercials and other cool stuff. I’m interested to see how far they take this on the official DVD release.
Astron-6 is a collective of people and they have proved that this might be the best ten grand that Troma has ever invested.