So, Alamo Drafthouse in Kalamazoo had this really cool thing once a month where they would show movies being released by Vinegar Syndrome. Vinegar Syndrome releases movies that no one would ever expect. This last Thursday is apparently the last one.
SWEET TRASH
Now, don't think that the good old IMDB was a lot of help with this damn thing. The description is slim at best so, I will rely entirely on my faulty memories of watching the film to bring you the spectacular awesomeness that is SWEET TRASH.
First, if you have seen the film GRAVE OF THE VAMPIRE with Michael Pataki then you kind of know what you're in for. Same director.
In this case we have the tale of Michael Donovan. A dock worker. He works hard, drinks hard and gambles hard. The last one has put him in big trouble with the local syndicate and they frame him for a bigger debt to try and get him to work for them.
He wants nothing to do with it. So, he goes on the run and they are after him to bust him up...or worse.
In a final showdown, the gangsters lay siege to his lady friends house, but Michael Donovan has a huge old quail rifle that puts really big holes in the bad guys. Not really a fair fight.
This sounds like a pretty normal, exploitation flick, doesn't it?
Yeah, then we add a sub plot involving a kinky sex mansion and the fact that every move by the gangsters is monitored by a computer. The computer tells them to bust Michael's fingers. To set up a stripper at a local bar. To cut Michael loose when he kills too many gangsters. The computer determines everything.
Sweet Trash also serves, as do a lot of low budget exploitation films, as a time capsule of New York of the 70's. There is one haunting scene of the homeless on the streets just sitting in despair and the actor who plays Michael helps another man move a passed out wino from the middle of the sidewalk.
Director John Hayes revels in the red stuff when Michael shoots the bad guys the red stuff flies in an explosion of gore. No neat, red bullets holes for this guy.
Finally, about half way through the film Michael's idea of hiding out from the bad guys is to go on a bender and drinks as much booze as possible. It seems to work because they don't manage to find him until he looses it and in a case of the DTs throws himself out a window after a group of dock workers beat a half naked Puerto Rican neighbor of his to death with baseball bats.
Yeah, that might have been his DTs manifesting. It didn't seem real to me.
This was a good movie. I might need to buy the double feature from Vinegar Syndrome in the near future.
If you do decide to watch it always look at the floor. The houses they shoot in are gorgeous with beautiful hard wood floors. In every shot there are carpet remnants on the floor with no attempt to hide them and the stairs have carpet tacked to them. It starts to become comedic after a while that no attempt to hide the protection of the floors is done. I think they thought that the plethora of naked women on the screen would prevent any one from noticing.
Yeah, I noticed.
Posted by Douglas A. Waltz at 5:33 AM No comments:

I went back through what has already been written. I considered changing one of the main characters occupations and then decided against it. It's cliche, but it works. Nine chapters done with very little need for rewrite is a great start. I have seen sketches of the cover from my buddy, Linc Polderman. It is awesome, but I'm making everyone wait for finished product before I reveal it. I had earlier mentioned that I wanted to step up the gore factor. The re read tells me that's not necessary. It's pretty damned gory already.

Thanks for reading, here's a squirrel;

Posted by Douglas A. Waltz at 4:46 AM No comments:

So, for a while now, I have been working off and on on a novel about killer squirrels. It's going pretty well, but I don't see an end to it that doesn;t sound like the end of a James Herbert Killer Rat novel. There are a few of those. Anyway, I was riding my bike and realized I was looking at it wrong. It needs to be loud, offensive, exploitative. Like a nature gone wild, really bad B-Movie.
That helped with the thought process.
I also killed the title.
Originally, it was being called The Meek. You know, The Meek Shall Inherit The Earth quote. I thought it was pretty damned clever.
Then the new title came to me.
I saw the cover. The title. All of it.
And that was awesome.
So, my friend, Linc Polderman is working on some cover ideas. I told him what I want so I can't wait to see it.
The novel was pretty gruesome to begin with, now, well it's getting out of hand.
I like it.
I will keep you all posted as it progresses.
Thanks for reading. Posted by Douglas A. Waltz at 6:46 AM No comments:

Years ago we cut the cable to our TV. We got a ROKU box and life is better. We stream Amazon, HULU, Netflix and Full Moon. Yes, I have a subscription to Charles Band's streaming channel. IT is awesome. Don't judge me. Shut up.

Anyway, I heard there was a new show based on the Scream movies. I liked those so, why not try it?
Yeah, I don't see me watching anymore of these.
One of my favorite parts of the movies was the back and forth on the phone between the masked killer and their victims. Now, with texting and whatnot we get that instead.
BORING!
Yes, the cast is all very easy on the eyes. The closeted lesbian who gets outed on the pilot is very cute. But...
See, at the beginning, the slasher kid who loves these things explains why a series would never work for the slasher genre.
And he's right. He's so right that it makes you examine what doesn't work in the very show that he is on.
And it doesn't work.
Sorry Scream.
Also, the new mask is stupid.

Next up I stumbled across an older series called K-9. Any Doctor Who fan knows who this particular tin dog is. The series is set in some weird, totalitarian future with weird looking cops that smack mildly of Cybermen.
Anyways we get a couple of hacker kids on the run from the authorities who wind up at some mad scientist's house who is trying to recreate a TARDIS and bring his family back to him. When the kids accidentally trip the power source he loses his chance and reactivating the device brings out four turtle looking beings. Think mini Gameras. Who attack them. Then another surge from the device brings us our beloved K-9.
He attacks the aliens and realizes his only option for victory is to self destruct (???) He, of course regenerates into a new and improved K-( and looks awful.
I stopped watching at that point. Didn't even make it through the episode.

And it's not all new stuff, folks. I watched the entire run of the new WET HOT AMERICAN SUMMER. It was so good. And I hated the movie that it is spun off of. Also, can Elizabeth Banks get any hotter?  The correct answer is no, no she can't. So, watch that and skip the other two. I just wish that SUMMER had more than eight episodes.

Posted by Douglas A. Waltz at 4:36 AM No comments:

So, yesterday, on my way home I get to my driveway and there is a cop at the park entrance talking to a couple of kids on bicycles. Get that? Kids on bicycles. In the time it took me to get to my driveway there was another cop car pulling up. I parked my bike went inside, asked if anyone had checked the mail and when I got back to the curb there were now three cop cars??? For two kids on bicycles?? Um, okay, weird.
I would have never mentioned it, but on my way to work today I was pedaling by the football stadium and there was a car with some scrawny kid with his hand out the window pulled over. First I saw that there were five of the cop cars. I thought that was a wee bit excessive. Then I looked closer.
All the cop car doors were open, the cops behind them with what appeared to be shotguns aimed at the car.
Um...????
I will keep checking the news for this one today, but that just seems like an excessive amount of force for one scrawny punk in a shitty car.
If I find out more I will post it here.
Seeya!
Posted by Douglas A. Waltz at 4:12 AM No comments:

I HATE WRITING THESE FUCKING THINGS

The older I get the more I see the people that have passed through my life leave us. I just saw Roddy Piper at Motor City Comic Con. I volunteer there and was working with another actor at the time, but I saw him, waved, he smiled and waved back.
I watched an older action flick of his Dead Tides (1997) A pretty atypical actioner, but when you read the credits; Roddy Piper, Tawny Kitaen and Miles O'Keefe. How can this go wrong?
Answer; it can't!
And who ever was the body double for Ms. Kitaen has the nicest ass I have seen in a while.
This just sucks. Maybe I'll stop writing these and let other people do it.
I just don't want to anymore, but it's Roddy Piper so I will.
Here's a picture of the legend; 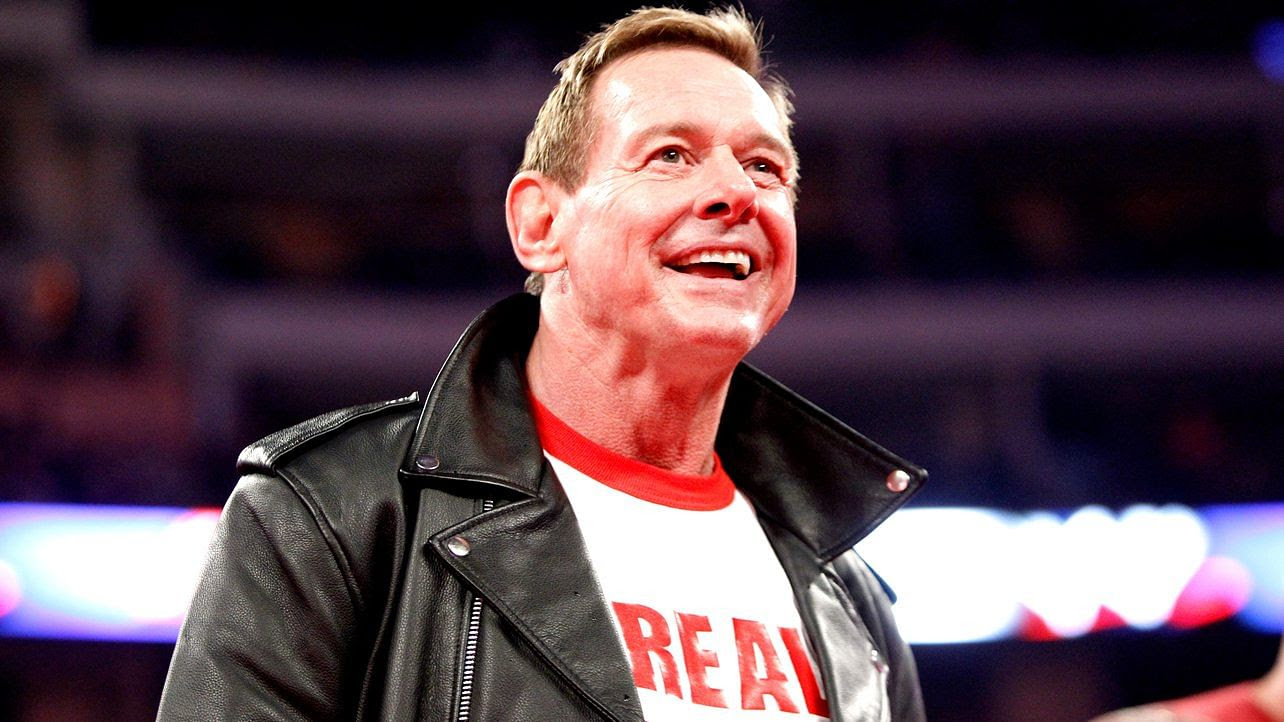 Posted by Douglas A. Waltz at 8:47 AM No comments: