No, it's not a movie title, it's a way to address the fact that I haven't posted in a while because I have been too busy. What I thought I would do is play change up. I thought I would do capsule reviews of the flicks we have all seen in the CHILLING 50 Pack. You know, the ones that we have all seen a few times and I probably won't watch again anytime soon. Sound like fun? Good. Let's get busy shall we? 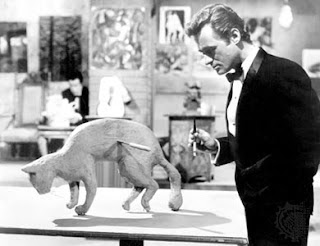 This Roger Corman comedy caught me the first time on Shock Theater when I was young and impressionable. Because of that I thought the entire idea of killing things and covering them with clay was more than a little sick. Having revisited the flick over and over again I have become more and more comfortable with it and can appreciate Dick Miller's fantastic acting in this classic piece of low budget cinema. 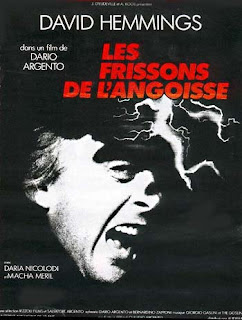 This is Argento at his best. And that one scene at the end that if you haven't seen it this will ruin it for you. You that have seen it know what I mean. I jump every time that damned axe busts through the window.

I EAT YOUR SKIN 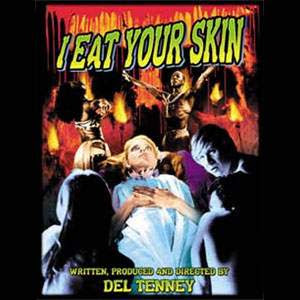 When I picked up the recent I DRINK YOUR BLOOD release it had the beginning of this feature as an Easter Egg. Why they didn't include the whole flick, I have no idea, but it made me go look for it. I found it in the dollar bin and I must say that I thought it was ten times more entertaining than the Manson Family Meat Pie Hour ever was. The monsters with the buggy eyes especially were gruesome. I could imagine my twelve year old persona watching this through clutched fingers late on a Saturday night on Shock Theater. Good stuff. 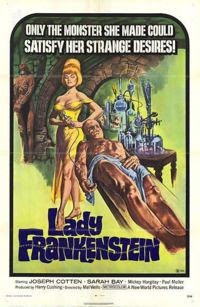 Currently, we are discussing this one over at Eurotrash Paradise along with a slew of other flicks. I like the flick and it gives what it advertises, lots of boobies and monsters. A true slice of Eurotrash goodness that deserves a serious look b y any true fan of the horror genre.
Posted by Douglas A. Waltz at 6:18 PM No comments: