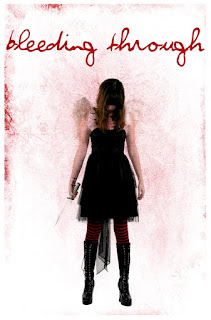 Lindsey (Sandy Behre) is a shy girl. She is also going throuhg a lot. Her parents are dead, her boss is a jerk, her teacher at school is a letch and her brother continually nags her that they have to sell the house. Lindsey is showing signs of depression that are completely ignored by everyone around her. Her boyfriend thinks she's just being an ice queen.
Then she meets Katie (Ruby LaRocca). Katie is funny and spontaneous and tries to bring Lindsey out of her shell. Lindsey has started being happy, dressing up and in love with Katie.
All is going well.
Then the betrayal occurs that sends Lindsey to a tub of warm water and a razor. That one straw has been broken and she can't stand to be alive anymore. She slices her wrists. (Note: This actually occurs at the beginning of the movie so, I'm not giving anything away here. Back to the review)
Lindsey's lifeblood oozes into the tub and she dies.
Then she comes back.
What comes out of that tub of gore is the opposite of everything Lindsey is and is interested in one thing...revenge!
Director Henrique Couto has made quite a discovery in his lead actress. Sandy Behre is one of the most captivating actresses I have seen in a long time. She reminds me of a very young Lina Romay. She conveys the anguish that people who live every day with depression so well. In the transformation she becomes this cold, inanimate angel of death that frightens the viewer.
See, Mr. Couto did something interesting. He gave us a film that forces us to invest time in Lindsey. Where no one else in her cinematic world realizes the demons she battles on a regular basis, Sandy Behre conveys a young woman's tortured soul. Everytime she has a breakdown for whatever reason it breaks our heart to watch. So, bravo to Ms. Behre. She did good. Very good.
A huge fan of Ruby LaRocca since forever it was nice to see her in this supporting role. She switches from sweet to creepy to mean as Hell in the drop of a hat and this was a really serious role for her. I know Ruby can do drama and this just proves it once again.
In the end Bleeding Through is an intense drama that deals with serious issues of depression, suicide and discovering one's sexuality disguised as a pretty cool supernatural revenge flick.
Bravo, Mr. Couto. Well done, sir.
Posted by Douglas A. Waltz at 10:37 PM 2 comments:

The Cinema of Jon Fedele. Part One. 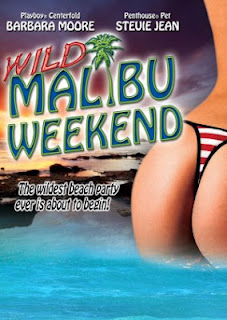 Wild Malibu Weekend starts with and ends with tanned young ladies in 90's style bikinis...or less. In the land of T&A, Wild Malibu Weekend reigns supreme. Lots of thong bikinis as well. Directed by the lead actor of Flesh Gordon, Jason Williams knows what the people want.
Tits!
The entire film deals with a bikini competition that is televised on some obscure Malibu cable station. The girls have to do various things like pop balloons, put condoms on cucumbers and play musical chairs. The bizarre part is we see the entirety of each game. I had no idea that a game of musical chairs could take so damned long.
Barbara Moore as the simple country girl is probably the cutest of the bunch. The one sex scene is played for laughs and takes about three seconds. The host of the show, Marv, played by Avery Masters is pretty good and it makes me wonder why this is his only flick.
The stage band, The Hypermatics is a pretty okay surf band that adds a lot to the proceeedings.
Our star, Jon Fedele plays a surly security guard and also does moldmaking behind the scenes.
Here's a clip;


Next up Ghoul School!

Posted by Douglas A. Waltz at 3:26 AM No comments:

Your faithful editor dabbles in the written word from time to time. Here's a few things I have been up to recently. Get 'em if you want them.

A DEMOCRAZY OF BRAINDRAINED LOONS: THE FILMS OF MICHAEL LEGGE A look at independent film maker,Michael Legge . 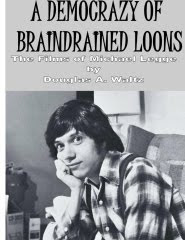 ATTACK OF THE CREATURES FROM THE UNKNOWN A throwback to the pulp fiction of yesteryear now an affordable Kindle edition! 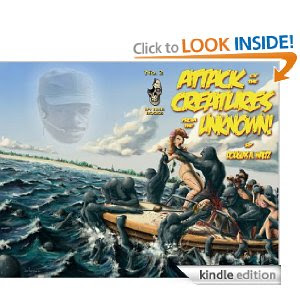 NAHUM A taut thriller, now in a new affordable edition with a new cover! 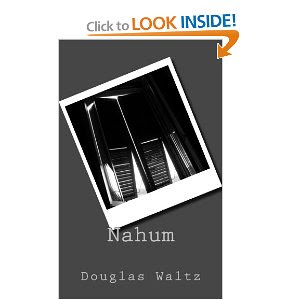 NAHUM Kindle Edition For those of you with more electronic tastes! 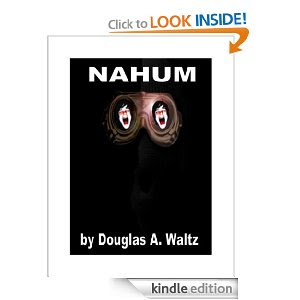 Posted by Douglas A. Waltz at 3:12 AM No comments: