To get more of this go to

My other favorite online strips would have to be

and Least I Could Do

In other surfing I have to mention some of my favorite blogs.
First up would have to be Robert Monell's I'm In A Jess Franco State Of MindFor all things Franco, one of my favorite directors, this is the place to go. And the background will definitely mess with your vision.Check it out. 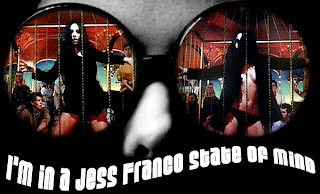 Other honorable mentions would be Curt Purcell's Groovy Age of Horror

Tim Lucas of Video Watchdog fame with Video Watchblog
From there you can go to his blog dedicated to the immense volume of Mario Bava lore, All The Colors Of The Dark. Fair warning though. If you look at that book you're gonna want to buy one for yourself.

Tomb It May Concern deals with David Zuzelo's obsession with, well lots of things.

That's it for this installment of Online Exploitation. Be sure to check out all these sites. If you like the crap I cover here you will LOVE this stuff, I guarantee it!
Posted by Douglas A. Waltz at 4:04 AM No comments:

(Note: Currently I am work so I can't access the site that would give me a picture of the box to display here. I'll rectify that when I get back to The Compound. - DW)
So, last night I finally got to watch this documentary. Basically the premise is that Jess Franco is filming the picture, BLIND TARGET, and this little documentary got made in the process. They were allowed to be there the entire time of shooting.
So, what does this give the true Franco fan? It's like living with Jess Franco for a while. The camera focuses on him throughout the trials and tribulations of making this low budget picture. There are breaks in the course of the documentary where they sit and talk with Jess and his reasons for making a film with such a political bent to it. BLIND TARGET is more of an action, political film than the usual erotica themes that he has been exploring recently.
Some of the highlights that stuck out for me were the scene where the incredibly gorgeous Tatiana couldn't say the line 'I think I am in good Shape'. The woman is a slim, brunette knockout, but you could see the frustration that Jess was having with her inability to say the simplest of lines with the proper inflection. She really could not pronounce the word 'shape'. This went on for an hour and you could feel the tension in the hotel room where they were shooting.
It was great to see Jess manning the camera even during dolly shots where he would sit in a wheelchair and they would move him and the camera around to get the shot.
Everyone in the film looked excited and happy to be there and they were all trying their best, well except for Tatiana, who may have been trying her best, but she was just a bimbo.
There are even scenes from his convention appearance in Chicago back in 2000. I remember it vividly because that's where I met him for the first and only, so far, time. No, I didn't end up in the movie, but it was cool to know that I was where they had done some of the documentary.
In the end ANTENA CRIMINAL is an intimate portrait of one of my favorite filmmakers and a true gem for anyone who can call themselves a fan of Jess Franco. In fact, after watching it I went to bed and actually dreamed that I was hanging out with Jess Franco. He wasn't making a film, just relaxing at home and Lina Romay was there and we made some food together and it was very nice. Of course Sheri Moon Zombie was there wearing a scuba suit and duct tape on her nipples, but I have no idea what that could have been about.
ANTENA CRIMINAL is available from Trash Palace at www.trashpalace.com. Even with priority shipping and insurance on the package it cost less than twenty bucks and they even include a copy of BLIND TARGET in the price. Go get yours now!
Posted by Douglas A. Waltz at 3:56 AM 5 comments: 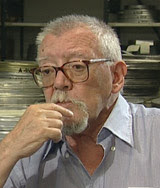 The long awaited documentary from the fine folks at Trash Palace. I am talking, of course, of the film ANTENNA CRIMINAL. And indepth documentary of the filming of one of Jess Franco's more recent films, BLIND TARGET. It's a two disc set loaded with goodies and I nice trifold booklet about the film written by author, Pete Tombs. This is going to be great! I had to brag it up a little that I have it, now I need to watch it. Tonight is looking good and then I will be back with a full report on what it was like.
JESS FRANCO LIVES!!!
Posted by Douglas A. Waltz at 4:19 AM No comments: