I almost did this over at Penguin Comics and then realized it would fit better here. Why? This deals more with pure exploitation than anything else. Ballyhoo that would make the late, great Dave Friedman weep tears of unadulterated joy.

Check out the picture above. It's part of the cover for a variant cover for DC Comics Batgirl #41. I didn't bother with the entire picture because this is enough. Enough to have recently broke the internet.
Before we get into that let me explain that this would have appeared on a variant cover issue of Batgirl #41 at an inflated cover price. Some people like these variant covers. Me? Not a fan.
It seems that artist Rafael Albuquerque requested that it be pulled. Yeah, sure he did. More on that in a minute.
The cover is inspired by Alan Moore/Brian Bolland's The Killing Joke. An excellent graphic novel that pits Batman and The Joker against one another, gives us a possible Joker origin story and Joker shoots Batgirl in the gut and does unspeakable things to her. This story line cripples her and she becomes the wheelchair bound Oracle.
Now she's Batgirl again because DC is, well stupid most of the time. It is also the 75th anniversary of the introduction of The Joker so DC is doing all these variant covers to celebrate a psychotic mass murderer.
Rafael Albuquerque decided to use The Killing Joke as inspiration for his cover.
No one liked it, including the artist.
Right?
Okay, maybe, but realize this;
Before this, unless you read the new, sucky version of Blue Beetle or American Vampire did you even know who Rafael Albuquerque was? Now, because he wanted to do the right thing everyone knows his name.
Coincidence? Yeah, I'm not buying it. This thing has blown up in such a way that everyone who cares about comic books and controversy know his name.
Nice bit of marketing. Plus he got paid for a cover that he didn't have to deliver. I wonder what someone is going to offer him for the original and you know people with disposable income are already looking into that option.
Another thing; The Killing Joke is a 27 year old comic book. Twenty-Seven! How many current readers of Batgirl are old enough to have read it. Yeah, it's still in print, but that's a pretty old comic in the grand scheme of things and fans of that would love this cover as its intended homage.
I think that DC is a business and is in the market to make people look at them as much as possible. As it was once said;
Even bad press is good press.
It's a comic book. That's it. I'm starting to wonder if all these super hero movies are tapping into some weird collective unconsciousness that is making a larger cross section of people weigh in on something that they didn't care about ten years ago.
Or people are assholes.
Yeah, let's just go with that.

Posted by Douglas A. Waltz at 7:00 AM No comments: 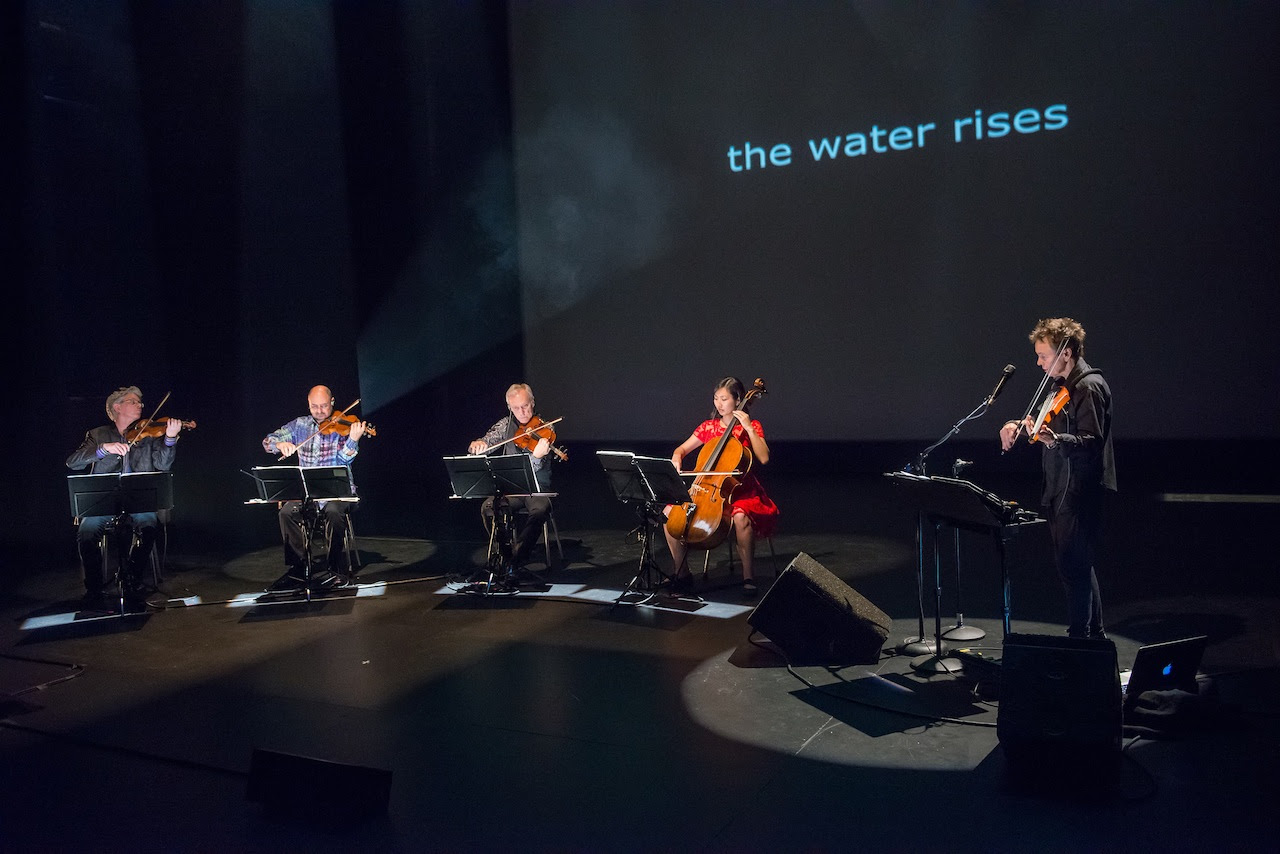 I have adored Laurie Anderson since I first watched the music video O Superman on MTV back when they showed music videos. My first actual music purchase was United States Live. I got it on cassette.
My world was changed for the better. I went back and got Big Science, Mister heartbreak and Home of the Brave. Since then I have also owned United States Live on CD and finally on vinyl. I have been trying to collect as many of them as possible on vinyl.
I also have the United States Live book and the Home of the Brave movie.
I feel that Laurie Anderson is the musical equivalent of Jess Franco.  You have to listen to all of it to comprehend it as a whole.
I have had two other opportunities to see her live and financial stuff being what it was, it failed both times.
Now, she was playing her newest piece, Landfall, with the Kronos Quartet in Chicago. Chicago is close enough and the tickets were reasonable, so my lovely Martha said we could go.
I am really not a big city fan. Walking in them is fine, but driving through them is a nightmare. Luckily, Martha drove and that made it all the better.
We always get the time change wrong and leave too early so we went to the Chicago Cultural Center and saw some amazing art. We saw a record store and on the way back there was a comic book store, but we had to get to the performance.
It was amazing.
As they started to play I smiled, but then it came time for one of her spoken interludes that are sprinkled throughout the piece.
That voice I had listened to for decades was in the same room with me.
I smiled even more.
The rest of the performance went too quickly for me and it was over.
I am glad that I finally got to see Laurie Anderson in concert. The thing that made me the happiest was that the theater seats a little over 1500 people. My love of Laurie Anderson is pretty much a singular one in the cultural wasteland of Kalamazoo. To see that many people there to see this person that I have adored for thirty years brought me as much joy as the performance itself.
Sometimes it's a good thing to know that you're not alone in the big, wide world.
Such a good time.

Posted by Douglas A. Waltz at 5:45 AM No comments: