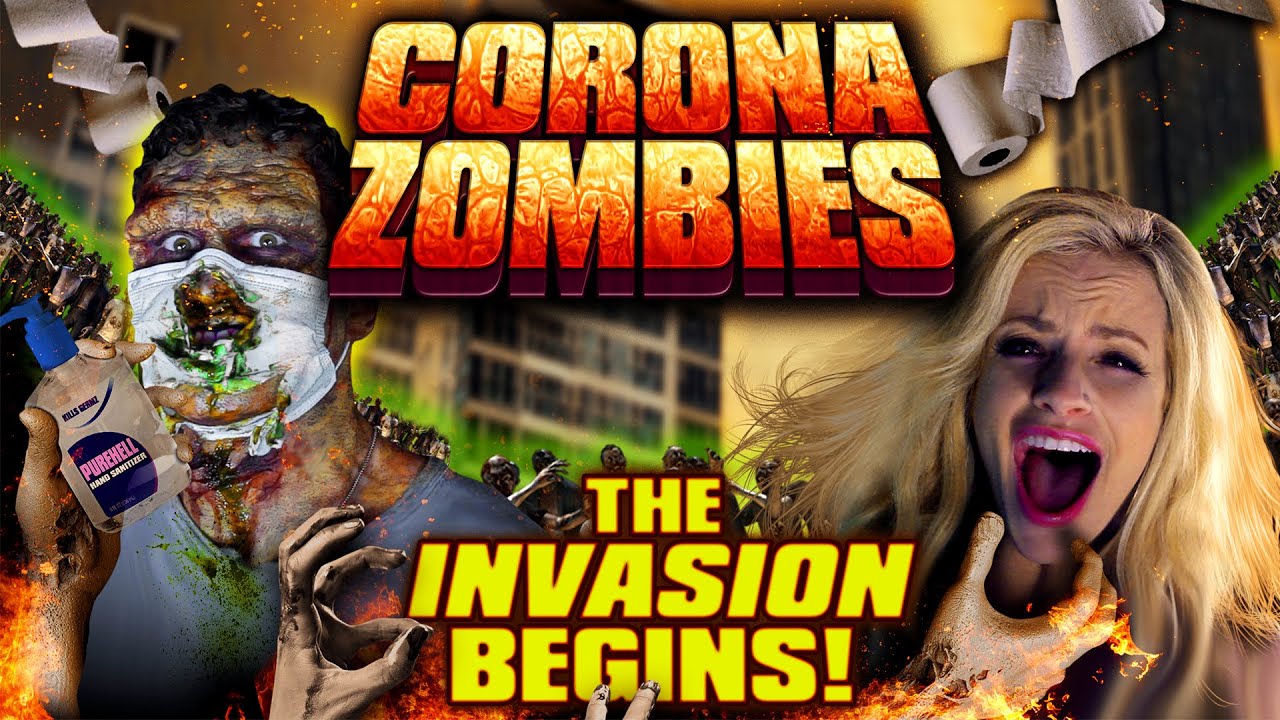 Sure, the whole idea seems tasteless, but what the Hell. I was actually a little excited to see it.
Then I watched it.
Let's run down the good and the bad shall we?
It's only 54 minutes long. That's a definite win. Of course the new footage in the film is only like five minutes of footage. The rest of it is overdubbed scenes from Hell of the Living Dead and Zombies Vs Strippers. They really only use the ZVS footage to guarantee boobs.
The overdubbed scenes from Hell of the Living Dead are very funny and nothing is taboo. Nothing. Watch it and you'll see.
For the new footage we have Barbie (Cody Renee Cameron) who comes home to find out that the Corona virus is making zombies and she forgot to get toilet paper. She gets a call from her friend Kendra (Robin Sydney, pretty much the only reason to watch a lot of Full Moon's films so, of course, she's just on the phone here. What the literal Hell, Charlie?) Also, if you're going to have the blonde bimbo get in the fucking shower, maybe shoot higher up so we can't tell that she has left her shirt and bra on. I mean, what the fuck? We round things out with Russell Coker as the Corona Zombie. He's the only one wearing a face shield in the movie.
Corona Zombies is a clever blend of old movie footage, a sprinkle of new, utterly worthless footage and some news footage to give it a sense of reality and emergency.
Finally, if you're gonna hype this thing so much that the site crashes, maybe plan better in the future. I think I might just not renew my subscription and subscribe to Troma NOW! instead.
Fucking Full Moon...
Posted by Douglas A. Waltz at 1:08 PM